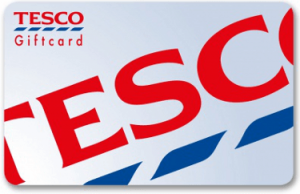 Tesco is Britain’s largest supermarket by turnover and number of stores, Tesco was founded in 1919 and has expanded worldwide with a large presence in Hungary, Malaysia, Thailand and Ireland.  It is second only to the USA’s Walmart.  There’s bound to be a Tesco near you, and you probably know where it is – but just in case you don’t – check here for stores.

Where can I check my Tesco giftcard balance? END_OF_DOCUMENT_TOKEN_TO_BE_REPLACED 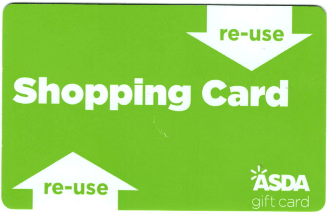 ASDA is the UK’s third largest supermarket group and has been owned since 1999 by the giant Walmart of America, the World’s largest retail group. The name ASDA derives from a merger of ‘Asquith’ and Associated Dairies in the 1960s. ASDA has 525 stores in the UK.  You can locate your nearest ASDA store by clicking here

Where can I check my ASDA giftcard balance? END_OF_DOCUMENT_TOKEN_TO_BE_REPLACED

Sainsbury’s is the 2nd biggest supermarket having the top spot from the mid 60’s through to 1995 when it was trumped by Tesco.  Sainsbury’s was founded in 1869 by John Sainsbury.  The store dropped the ‘J’ for John from it’s signage in the late 1990s.

Where can I use a Sainsbury’s gift card?

Sainsbury’s gift cards are welcome in any of the UK full size supermarkets and convenience stores.

How can I check the balance on a Sainsburys gift card? END_OF_DOCUMENT_TOKEN_TO_BE_REPLACED 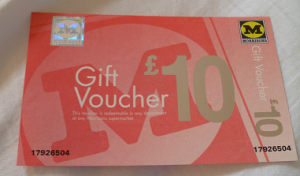 Morrison’s is the UK’s third biggest supermarket group behind Tesco and Sainsbury’s. Founded in Bradford in 1899 by William Morrison, the supermarket prospered in the North with it’s no-nonsense style of retailing under the management of Sir Ken Morrison and his team. In 2004 the group took over the (much bigger) Safeway stores.

Morrisons don’t actually have a gift card which is pretty weird given they make a big play for selling other retailer cards in their stores. Instead, they use the rather unattractive gift vouchers pictured, that Noah probably used to stock the pantry of his Ark.

If you want to know the balance of your Morrison’s gift voucher, look on the front.

The Morrison’s gift voucher can only be spent in a Morrison’s store. There is no way to redeem it online.

All this will change in the future no doubt, and when it does we’ll make sure we update this page for you.